At the Yoshinogari Historical Park, the theme , "Listen to the Yayoi Voice", is heard as visitors experience life in the ancient Yayoi period of Japan's history. Yayoi life and culture come alive through the carefully reconstructed village and unique exhibitions found here. This park will hopefully spread the knowledge of this ancient civilization throughout Japan and the world.

The Yoshinogari hills were originally slated for one of Saga Prefecture's industrial areas, but the project was suspended upon discovery of ruins and relics, until further research into the area could be carried out. In 1986, the site was meticulously studied to understand whether it was a truly important cultural site. The concluding result was that this area was one of Japan's largest moat encircled villages dating from the Yayoi period (3c. B.C. - 3c. A.D.). The location and layout of the village captured the imagination of Japan as it closely resembled the long disputed ancient country of Yamatai mentioned in early Chinese chronicles. The Yoshinogari ruins are of extremely high academic value and are an important cultural asset.

In 1992, the Yoshinogari ruins were designated a National Historical Park with the surrounding area made into a Saga Prefectural Park. In April 2001, the initial phase of the Park was opened to the public. The Park, as of April 1, 2009, measures 73.7 hectares (38.3 hectares of National land, 35.4 hectares of Prefectural land). 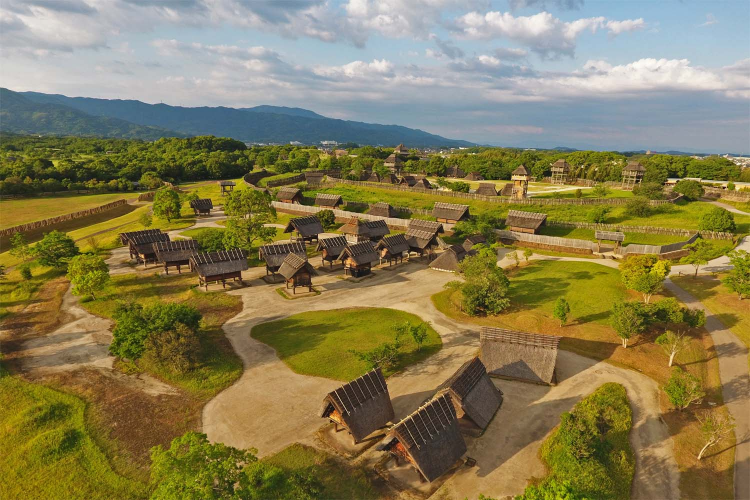